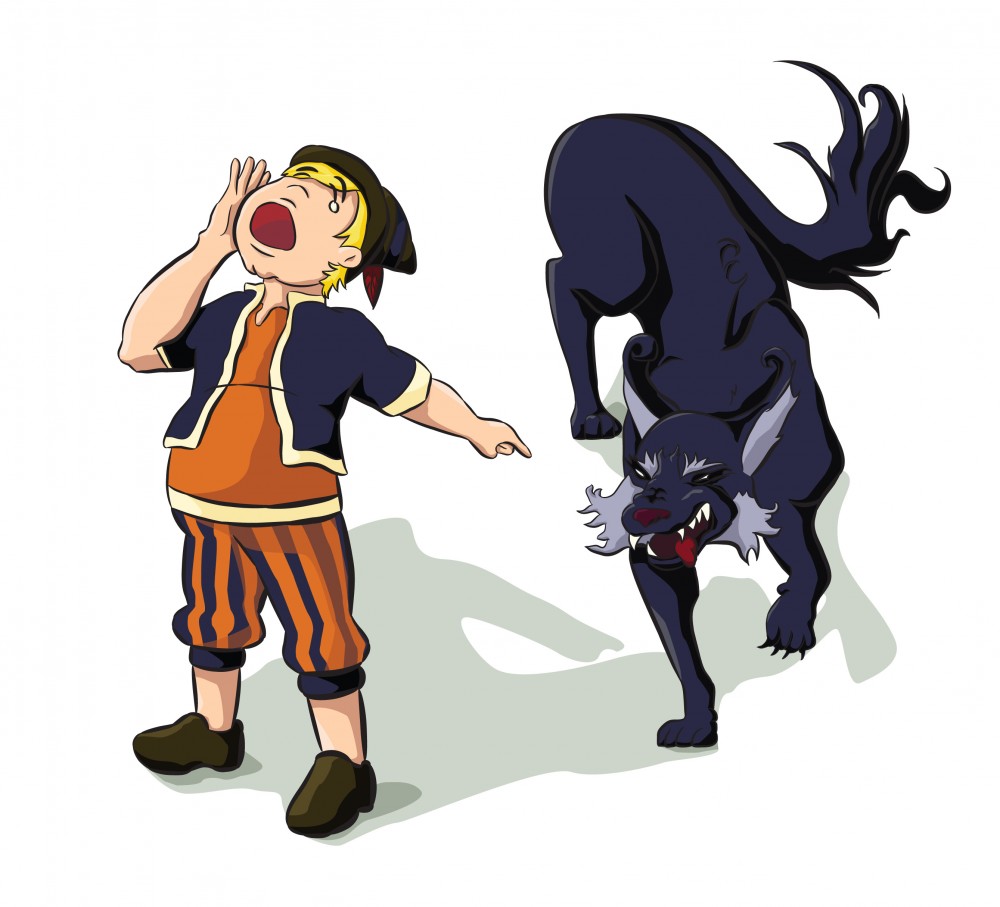 I’m sure many of you are familiar with Aesop’s fable ‘The Boy Who Cried Wolf’, but as a refresher, Aesop tells story about a boy who issued repeated warnings about the presence of a wolf near a village, threatening his flock of sheep. Each time this boy issued a warning, the leaders of the village would investigate, but would quickly discern that the boy was telling a lie – there was no wolf. In the end, the boy cried wolf once more and due to his track record of telling lies, no one came to his aid and the boy’s sheep were killed. Traditionally, the moral of the story is concerned with lying – ‘a liar will not be believed, even when telling the truth’, however, I’d like to focus on another aspect on this fable – the repeated warnings.

In December 2015, I shared an article that was written for The Institute of Chartered Accountant’s magazine Acuity called ‘What lies beneath’ about the ATO getting tough on SME debt. To recap, the article shared the following insights and quotes:

Admittedly, I shared this article with a slight pinch of salt. Across our networks, there hadn’t been any noticeable increase in ATO action. The small amount of notices, penalties or wind-up applications that we heard of were duly warranted, however, in most instances, you were able to avoid this by making a quick phone call to the ATO to keep the wolves at bay – this was the pleasant village I lived in.

That was until our weekly team meeting on Monday the 21st of March. After the usual formalities, we opened up the floor to the team for questions or comments and one of our Team Managers – Natalia Daoud, shared some interesting insight about a couple businesses she had encountered over the last week.

The first, a start-up consulting firm who had been on a rolling payment plan with the ATO (and never missed any payments), had the ATO contact them to inform that this was no longer acceptable as they have evidence to suggest that they have the capacity to repay on time, but are electing to continually use the ATO as a bank to smooth out cashflow.

The second runs a vitamins and supplements store. They elected to not lodge multiple BAS’ because 1. They didn’t want to 2. They kept forgetting to and 3. They supposedly lost their accounting data. The ATO subsequently fined them $30,000, which whilst thoroughly deserved, is still quite a hefty fine for an SME.

Our MD Simon Allsop reinforced Natalia’s comments and shared a similar story about a business in his network – a professional services firm in the Sydney CBD. This firm was also regularly on a payment plan and sticking to payments and lodgements, however they missed one IAS lodgement which resulted in an automatic default of the existing payment plan and when contacted, the ATO refused to reinstate it under any circumstances, leading to an immediate demand for a payment in the vicinity of half a million big ones. Ouch! I’m not aware of many SME’s who can afford to pay out that kind of money when not planned for.

I was already taken aback by these actions from the ATO, however no later than half an hour after this meeting and well before my much needed second coffee for the morning, I received some mail from Worrells – it was their Annual Insolvency Report. Given what I had just heard in team meeting, the timing of the arrival of mail and my anxiety from caffeine addiction, I feverishly flicked through the report and sure enough, our boy really had seen and cried wolf.

In the Worrells report, it states that the “The ATO has been active in the latter part of 2015, with unprecedented winding-up applications.” Along with this statement, they showed this graph:

The Worrells report doesn’t stop there however – “In addition to these winding up applications and statutory demands, the ATO is using several debt recovery tools including director penalty notices, garnishee notices, and in some cases, seeking third party property as security for repayment agreements”.

I began to think about why these statistics and the recent reports from within our client base were in fact, surprising. If the boy had been crying wolf since just after the GFC, as suggested by this article in the Australian Financial Review in 2010 and many other similar and subsequent reports, why are we surprised at all?

Going back to our good friend Aesop – the writer, not the skin care brand, the villagers in the fable would not have been surprised by the reality that a wolf could attack the sheep – after all, that’s why they appointed a shepherd. They would’ve been surprised that a wolf did attack the sheep after the many false warnings.  Similarly, I don’t believe we’re surprised that the ATO can take action, it’s the fact that they are now taking action, when they previously afforded us some grace.

So is it possible to think that after several warnings over several years about the ATO coming down on us SME’s, but never actually taking a bite, that we’ve become a bit complacent about paying our ATO debt?

I believe the answer is yes and if you too allowed yourself some introversion, you’d most likely discover a laissez-faire attitude towards the ATO as well. So now that the wolf is at the door, what can we do about it?

I asked good friend James Carey – Director at Prime Partners to help me address how to best manage our ATO liabilities.

Most small businesses only know how much they have to pay once they, their bookkeeper or accountant calculates the BAS, but this doesn’t need to be the case.

Tip 1. Know what you paid last time
Unless you’re a rapidly growing (or shrinking) business your ATO liabilities shouldn’t change too much. If your payroll is consistent, your monthly IAS should be roughly the same (subject to the number of pay days in the month). Same goes for superannuation. Always keep that figure in mind and make sure you have the cash available.

Tip 2. Save for it
When you first set up your bank account, your bank probably offered you a linked savings account or GST account. Though I see a lot of people with this, I rarely see it used. Once you have a good estimate for your quarterly BAS and Superannuation liability, divide that figure by 13 which gives you a weekly savings estimate. Set up an automatic transfer to ensure you always have enough cash saved to pay these liabilities.

Tip 3. Pay more often
If you are hopeless at saving (don’t feel bad, most people are) one solution is to pay your BAS and super more frequently – monthly. As long as you or your bookkeeper is keeping your accounts up to date, this will smooth your cash flow and take away the temptation to spend your quarterly BAS payment.

Tip 4. Treat the ATO like any other creditor
Enter the BAS / IAS into your accounts payable ledger as soon as they are prepared.

If your bookkeeping is following tip 4, then any time you look at your balance sheet it should show your current amount owing.

So even though the old wolf has learnt some new tricks and they are now hunting SME debt, we can learn some new tricks of our own and run healthier and leaner businesses. I believe the moral of this story is that complacency is not often a word associated with successful business. It’s time we listen to the boy’s warning and prepare as best we can by being proactive in managing our liabilities.