The comfort of innovation 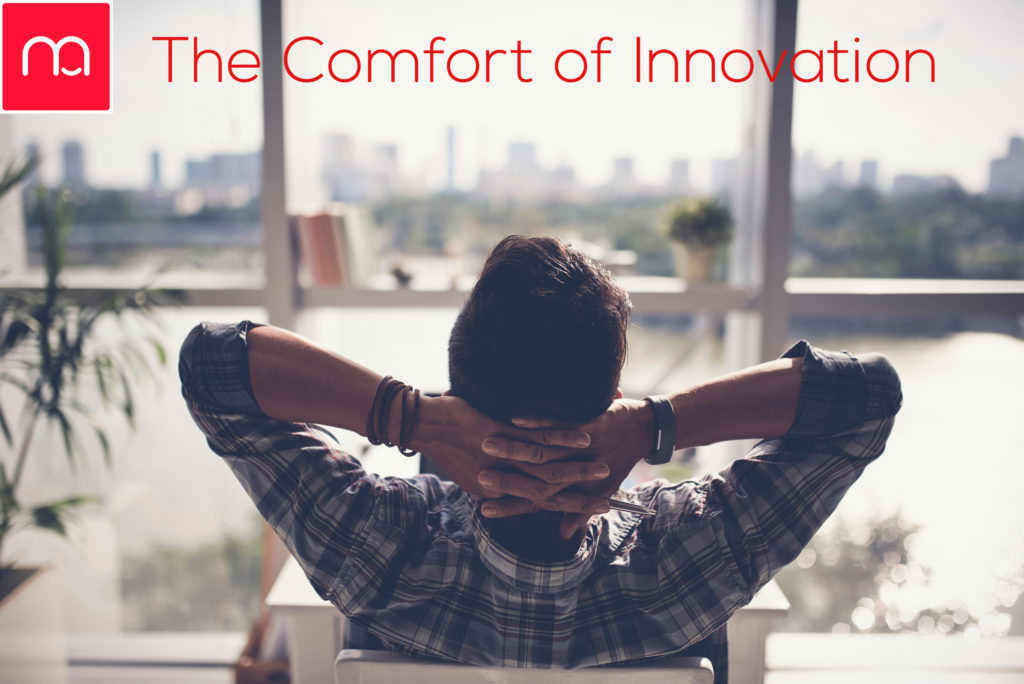 Do you ever buy several books only to place them on your shelf and think that you’ll get to them soon, only to add more new books in that information queue fighting for your attention? Unfortunately, I am often guilty of this practice.

In January of 2015, I purchased ‘How We Got to Now: 6 Innovations That Shaped the Modern World’ by Steven Johnson. I loved everything about it – the aesthetically pleasing cover, the quintessential buzzword ‘Innovation’ in the title and, of course, the new book smell.

Sadly, all these positive traits were not enough to grab my attention when I scanned my bookshelf for new inspiration until April 2016. On a slow weekend, I was watching National Geographic on TV and it turned out Steven Johnson now had a TV show explaining the amazing narratives behind some world-changing inventions and the impact they’ve had on the world.

One particular story focused on the creation of air conditioning – its original purpose and how it was then re-purposed with some astounding world-changing consequences.

The first air-conditioning unit had nothing to do with keeping us humans cool. The original purpose was to keep the environment of the machine printing press cool enough to stop ink from smudging, but after receiving feedback from operators of the machine that the room was increasingly pleasant to be in, the concept of using this invention in an effort to drive comfort began to take shape.

Cinemas, in their first iteration, were quite seasonal. Picture yourself on a hot summer’s day walking into a room and taking a seat elbow-to-elbow with 100 other people with minimal air circulation where the temperature is hotter, stickier and more uncomfortable than outside – it doesn’t sound very appealing, and this was a problem for the concept of cinema. That was until the air-conditioning unit was able to be utilised in this situation to make cinemas an increasingly pleasant environment to be in. Now the film industry of the Unites States is forecasted to make $679 billion by the end of 2018[1] – thank you air conditioner, thank you.

What struck me about this narrative was the theme of comfort and its importance as the driving force behind the proliferation of air-conditioning and its resultant world shaping feats.

The idea of comfort as a driving force for innovation really intrigues me. I find that often it’s large scale innovation – take Uber disrupting the taxi industry as an example, that reserves the space in headline news.

If we modernised the narrative of air-conditioning, I can’t imagine the Australian Financial Review running a piece on the cool air in a machine printing press so that it’s ink aligned better. However, it’s these very instances that we, the small business community, should be conscious of.

The immediate benefits of the cooled air not only improved the printing quality, efficiency and therefore profit of the company but also improved the comfort and therefore morale of the team. It is these consistent 5-10% improvements that can take our businesses from good to great – it’s 1,000 small steps, not a silver bullet.

So what makes you uncomfortable in your business? What keeps you uncomfortably awake at night? Sitting here in my wonderfully comfortable and air-conditioned office, I am convinced that improving on these aspects – whether they be your cash flow, your client attrition or your staff turnover – will not just ease the pressure on these focus areas, but have an exponentially positive effect in other areas too.

[1] https://www.statista.com/topics/964/film/ – Statistics and facts about the film industry.